Troll Hoard Games is a physical and online purveyor of games, miniatures, and gaming accessories. Founded initially as a used-miniatures store on eBay in 2011, THG has grown to stock new product direct from manufacturers, principally Mantic Games, Games Workshop, and Battle Systems, while continuing to source, refurbish, and sell used miniatures and games. 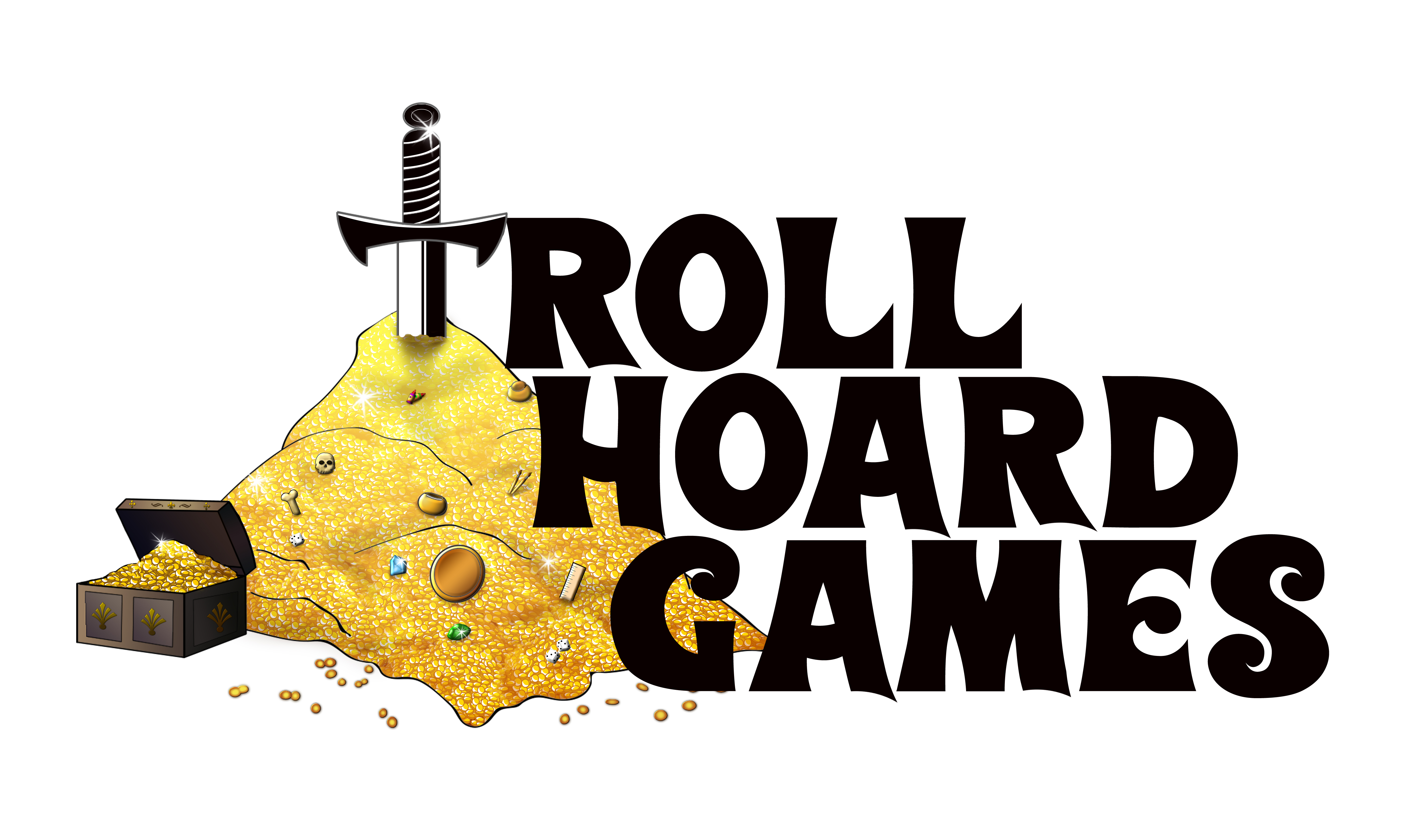 We've been playing wargames as long as we can remember, especially Games Workshop's Warhammer Fantasy and 40k, and we very much enjoy collecting miniatures and games both past and current.

We frequently buy collections of friends, acquaintances, and customers, and so we often have new miniatures from a variety of games and periods coming in -- we never really know what will show up next! This makes our warehouse a bit of a troll's hoard, with everything from rare, sought-after OOP models to fossilized crap by the pound. (We generally offload the crap to hapless gaming buddies -- only the best for you gits!)

The troll-in-charge at THG is Chris Fisher, a long-time gamer and active Kings of War tournament player. Chris can often be found with his nose in old Citadel catalogues, attempting to identify the latest miniatures that have come into the store, or traveling to and from Kings of War tournaments in the Mid-Atlantic Region.

When you receive one of our branded packages with gaming goodness inside, and everything is in perfect, preserved condition despite the mail trolls' rough hands, you have Adam and Karen to thank. Adam and Karen handle most of our packing at the Hoard as well as the various projects Chris thinks up but can't find time to pursue.

As you might expect with an individual tasked with keeping trolls on... um, task..., Brianne is a fierce troll-wrangler and oversees our warehouse facility. Despite growing up in a household with a majority of gamers, Brianne had only dabbled as far as Risk until joining THG. She now knows her Orks from Orcs, Orruks, and even Orcus, and she's not yet sure how she feels about that.

Uncommonly for a troll, Ivy is our overly friendly heart and soul. She's also asked that we stop calling her a troll. Weird.

CONNECT WITH THE HOARD

Please feel free to bookmark our page or make an account and check back regularly, as we're just getting our inventory transferred over from eBay and new items will be added every day.

We're located in Martinsburg, West Virginia. If you're ever in the area, feel free to reach out! Someone will always be down for a game.