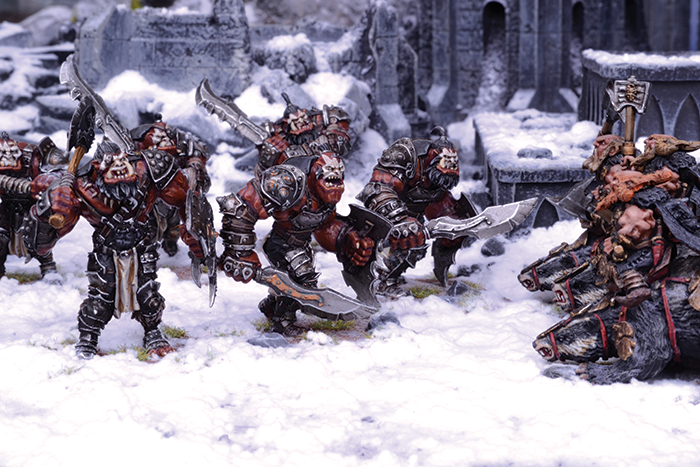 Ogres are mercenaries, happy to sell their skills to the highest bidder. Huge, powerful creatures that might almost have been purpose bred for war, few races can match them for sheer belligerent power and endurance, and many a war has been won by the side that hired the most. When Ogres do unite into larger Companies, it is a rare thing indeed. There is no record of an army ever holding fast against them and scholars debate long into the night as to whether this is because Ogres have so rarely united in force, or because no opposition has ever survived to tell the tale.

There are no products listed under this category.